For the last 7 years I have been teaching online classes, mostly about Spiritual subjects. Different themes coming and going but from day one there were two that I could not let go.
Well the names have changed a bit but the “umbrella” has been and will be, always, The Joy of ..
This came to me inspirationally, because a catching title with the word “Joy” was needed. Joy is what keeps us going, keeps the engine running smoothly so to say.

The Joy of Mediumship

Last night’s class was The Joy of Mediumship and the theme for the evening was Today’s Inspiration. I had formulated an exercise, which thankfully, was misinterpreted by some of the students. This was great because they started to bloom, really, and each and everyone of them shared their story and the torch of inspiration was kept alive. 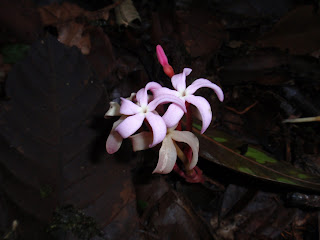 Yesterday was the 1st of February and I learnt, that in the United Kingdom (and probably other countries as well) it is St Bridgets day and this day marks the first day of spring. This suits me well, because I am not a winter person.
Saint Brigid of Kildare or Brigid of Ireland (Irish: Naomh Bríd; Latin: Brigida; c. 451 – 525) is one of Ireland’s patron saints, along with Patrick and Columba. Irish hagiography makes her an early Irish Christian nun,[3] abbess, and founder of several monasteries of nuns, including that of Kildare in Ireland, which was famous and was revered. Her feast day is 1 February, which was originally a pagan festival called Imbolc, marking the beginning of spring. Her feast day is shared by Dar Lugdach, whom tradition says was her student and the woman who succeeded her.
The saint shares her name with an important Celtic goddess and there are many legends and folk customs associated with her. Some scholars suggest that the saint is merely a Christianization of the goddess. Others suggest that she was a real person who took on the goddess’s attributes. (from: Wikipedia)

Can you imagine, that during the whole class everyone’s inspiration circled around New Beginnings and Letting Go Of Old Things? It was incredible. There was lightness, a lot of energy, power, joy, intentions were set …

Song for a new beginning

I am thankful for the experience. As always it is a Joy to experience how the students loosen up, relax and dare to formulate and share their thoughts and feelings.